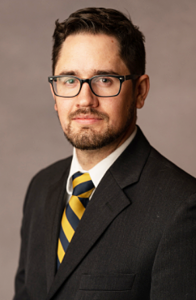 Headmaster TJ StevensBiology, Math and Science
TJ Stevens earned his Bachelors of Education at the University of New Brunswick before moving to a small Inuit community in northern Quebec where he taught Math, Science, English, and Fitness to secondary students. During his time TJ became Principal as well before moving to Ottawa. TJ has completed his Master of Education degree with the University of Ottawa with a focus on teaching and learning theories. As Headmaster TJ continues to teach Math and Sciences to the Grade 9 and 10 students. TJ and his family are parishioners at St. Clement’s Parish. 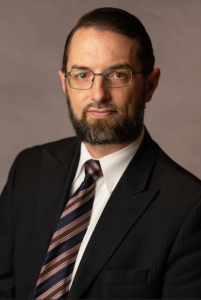 Benoit MioussePhilosophy and French Literature
Benoit Miousse is a graduate of Philosophy from the University of Montreal. Prior to joining Chesterton Academy, he was the Principal of an independent Catholic school and taught French and History for nine years. He is also a member of the Parish Committee of St. Clement Parish (Ottawa). 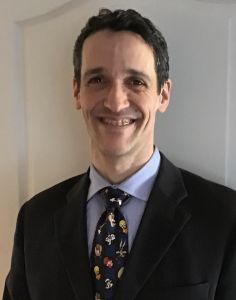 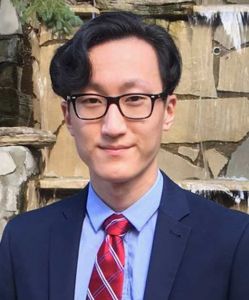 Jongsuk LimGrades 10 and 11 Math
Jongsuk Lim is a fourth year student studying Honours BSc Biochemistry program at University of Ottawa. He is a parishioner at St. George’s Parish and has recently joined the teaching staff of Chesterton Academy of Ottawa to teach math for Grade 10 and 11 students. 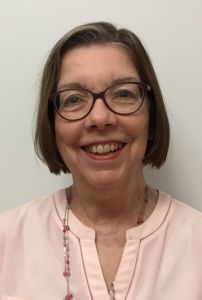 Sheila JonesArt History
Sheila Jones received a Master’s degree in History from Carleton University after which she worked as a freelance historical researcher and writer. Her background in nursing allowed her to take on the role of family caregiver at which time she decided to apply her history degree and her love of art as a volunteer at the Canadian Museum of History (then the Canadian Museum of Civilization) and the National Art Gallery of Canada. She was a member of the National Gallery’s Volunteer Circle in the School Visits program where she received training in art appreciation and teaching techniques. She was also a member of the Schools’ program at the Canadian Museum of Civilization and later became a volunteer interpreter in the special exhibits for which intensive preparation in the history and artefacts of Ancient Greece, Rome and Egypt was provided by the Museum. She is actively engaged in her local community. Since 2015, she has been the co-ordinator of the Rite of Christian Initiation at Saint Patrick Basilica Parish which gives her the opportunity not only to share but also to deepen her knowledge and love of the Catholic faith. 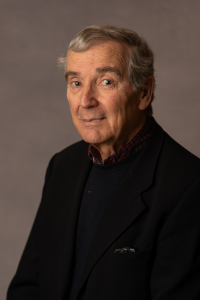 Richard BastienTheology
Richard Bastien spent most of his career working as an economist in the Canadian Ministry of Finance, specializing in intergovernmental and international finance. Throughout the 1990s, he was Canada’s representative in the Paris Club and in the G-7 Group of debt experts. Since his retirement from the public service, he has spent time writing on various economic, social and cultural issues, particularly for the French quarterly journal ÉGARDS. He has also published articles in various magazines such as MercatorNet and Catholic World Report. He is Vice-president of Justin Press, an Ottawa-based publishing house, and director of the Catholic Civil Rights League for the National Capital Area. He is also the author of a book of apologetics titled Cinq défenseurs de la foi et de la raison: J.H.Newman, G.K. Chesterton, C.S. Lewis, Peter Kreeft, Alasdair MacIntyre. 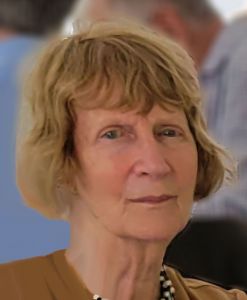 Beryl DevineMusical Director
Beryl Devine hails from England, where she studied voice and piano. She was accepted to study voice at the Northern School of Music and then went on to study music and education at The Victoria University of Manchester. She has performed in many recitals and concerts and has prepared students for festivals and performances.
She has taught Music, English, Maths Sciences and Religion both at the Elementary and High School level.
Beryl had a great love of both learning and teaching.
Currently she teaches voice and piano at her Ottawa Studio, and she is the musical director at St. Clement’s Parish, Ottawa, where she specializes in Gregorian Chant and sacred polyphonic music. She has held this position for many years. 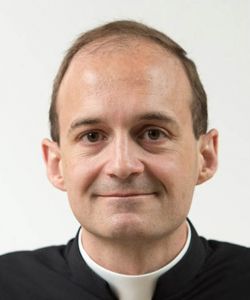 Father Salva RegoGrades 11 and 12 Theology
Fr. Salva Rego was born in Madrid, Spain, in 1976. In his late teens he moved to Canada to study Chemical Engineering at McGill University. For 11 years he worked in the private sector and as a university researcher in Ottawa and Toronto. Part of this experience allowed him to complete a doctorate in Mechanical Engineering at the University of Toronto. In 2014, he moved to Rome to finish his studies in theology and was ordained in 2017. His first appointment upon his return to Canada was as chaplain of Riverview Centre in Montreal. In 2020 he began serving as chaplain of Parkhill Residence and Valrideau Residence in Ottawa. He joined Chesterton Academy in 2021 as one of the theology teachers. 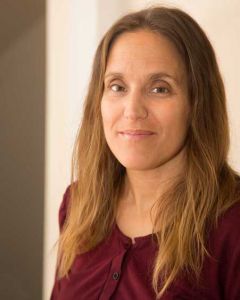 Lina RicciardiGrade 9 Ancient History and Literature
Lina Ricciardi is passionate about working with young people. Before attending university, she volunteered at a children’s hospital, worked as a swim instructor, and was a teacher in the Italian heritage language program for the Hamilton-Wentworth Catholic District School Board.
Lina earned a Bachelor of Science from the University of Toronto with a specialization in Food Sciences and a minor in Italian studies.
She worked as a scientific evaluator for Health Canada, focusing on food safety and nutritional policy for 10 years. As her family grew, she paused her professional career and devoted herself full time to raising her family.
Volunteering continued to be a part of her life, which included providing one-on-one literacy and math instruction in elementary school classrooms and tutoring high school subjects such as French, chemistry, and mathematics.
Lina and her family recently moved to a farm and are parishioners at St. Catherine of Siena Parish. 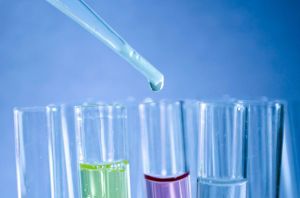 Agata Moyana Chemistry
Agata Moyana graduated from a university in Poland with a master’s degree in chemistry with specialty in teaching. She spent a year doing research and working as a teaching assistant at the university as well as teaching chemistry at a local school before moving to Canada where completed her PhD in chemistry from University of Saskatchewan. She also worked there as a teaching assistant during her graduate studies.
She devoted the next 25 years to raising her family. During that time she taught catechism as part of Family Catechism program. In her free time she enjoys quilting, painting furniture and creating a variety of crafts. 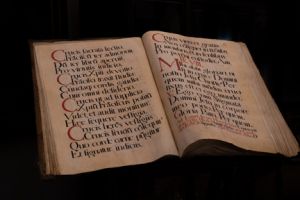 Luc GagnonLatin
Luc Gagnon is a native of Quebec City. He is a graduate from the Collège Saint-Charles-Garnier (Québec) and the Collège Jean-de-Brébeuf (Montréal).

He devoted many years to the journal Égards (Montréal) as editor and collaborator.

He has been widely published, including in Égards, L’Homme nouveau (France), The Interim (Canada) and Chronicles (USA).

He has been teaching, mainly Latin and French, for many years in different Catholic schools and language schools in Ottawa. 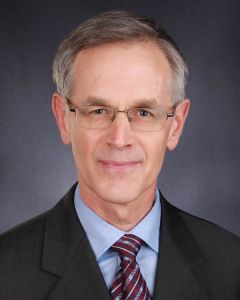 David MulcairTheology
David Mulcair spent his professional career as an officer of the Canadian Armed Forces. He served as a air force pilot in VVIP transport operations, electronic warfare training operations in North America, air surveillance operations in Europe and was appointed to command operational flying units in both Canada and the Afghanistan theatre. He also served as Canada’s Deputy Military Representative to NATO in Brussels. David holds a Bachelor of Engineering from the Royal Military College and a Master of Education from the University of Oklahoma. He began to study the Bible in 2009 and has presented salvation history courses to more than 200 Catholic adults. David is a member of Blessed Sacrament Parish, Ottawa. 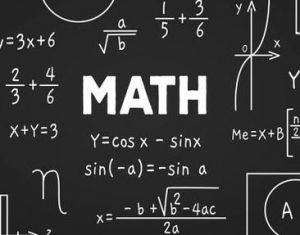 Dr. Gary KnightMath
Dr. Knight’s MSc and Phd degrees from Toronto and Ottawa are in brain science and neuronal biophysics, followed by nano-scale optical and electronic material properties. In his studies he taught many large and small classes both as class tutor and instructor. Between degrees he co-led software engineers in developing search-engine technology, taught high-school math and sciences, privately tutored college students, and wrote for a pro-Life Canadian Senator. At Victoria college (Toronto) he launched a philosophy of science club with his minor in this subject, and has written commentaries in various media on related topics. His interests range from modern cosmology, through modal logic and Gödel’s proofs, to theology and personalist philosophy. He is an RCIA catechist, a 3rd order Augustinian interested in St. Anselm of Canterbury, and past member of the Chesterton Society in Ottawa. He embraces the opportunity to mentor young minds in all their budding interests within the charisms given them by the Holy Spirit. 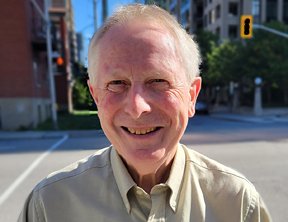 John WallnerGrade 12 history
John Wallner received his Master’s Degree in Canadian Studies from Carleton University. He worked for the House of Commons of Canada for 35 years, primarily in the Index and Reference Branch, where he gained an in-depth knowledge of parliamentary procedure. He volunteered at the Canadian War Museum for 10 years as a volunteer interpreter. History, in general, and Canadian history, in particular, have been a life-long interest and he has devoted much time to reading and deepening his knowledge in these areas. His Master’s thesis concerned academics and athletics at St. Michael’s College in relation to the Thomistic view of Catholic education of the whole person, body, mind and soul. Playing hockey is another of his life-time passions. 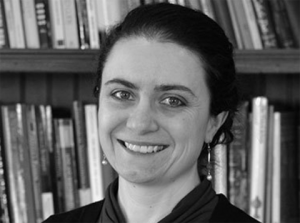 Jenna HenryDrama and Grade 12 Literature
Jenna Henry is a born administrator, currently moonlighting as Chesterton Academy’s Drama and Grade 12 Literature teacher. She previously worked for several years as Our Lady Seat of Wisdom College’s Administrative Coordinator (and occasional drama director), and continues to work at one of Ottawa’s largest long-term care homes. Jenna holds a B.A. in Philosophy, and has a particular interest in Beauty and the dignity of the human person. It is a joy for her to lead and join the students in exploring the human experience through some of the most significant works of Western Literature. 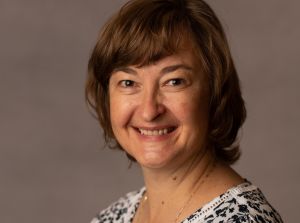 Anne Marie DareysGrade 11 and 12 Art Studio
Anne Marie Dareys teaches Grades 11 and 12 Art Studio. Since 1998, Mrs. Dareys took a series of art Courses in drawing, calligraphy, tole Painting, watercolours, and acrylics. She completed several paintings while taking classes with an accomplished Ottawa artist. Mrs. Dareys has always admired the beauty in God’s creation and seeks to share her love of beauty with her students. Mrs. Dareys and her husband have four children, two of whom attend Chesterton. Having discovered the beauty of the Traditional Latin Mass about eight years ago, she attends St. Clement’s Parish with her family. 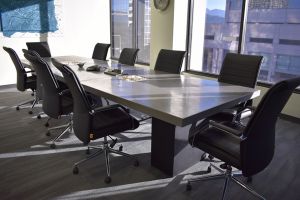 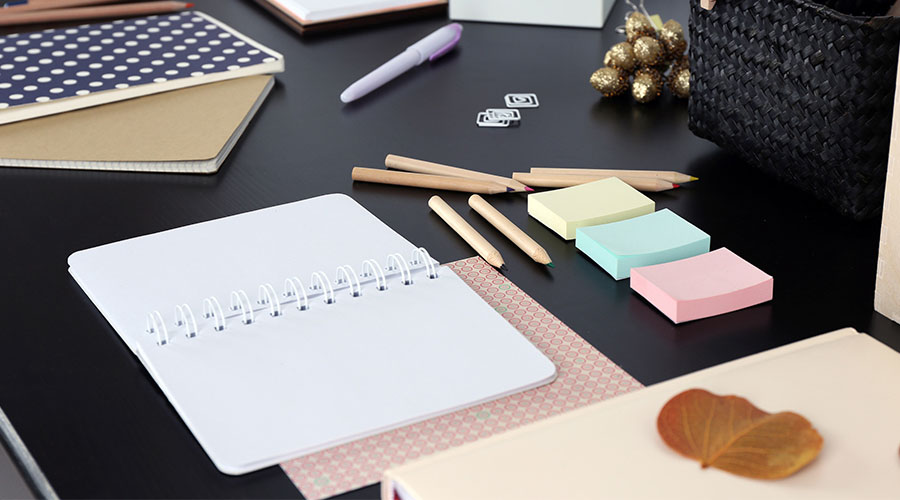 The following video provides a  great summary of the Chesterton Academy and how it all began.